by Queen Of The Meadow 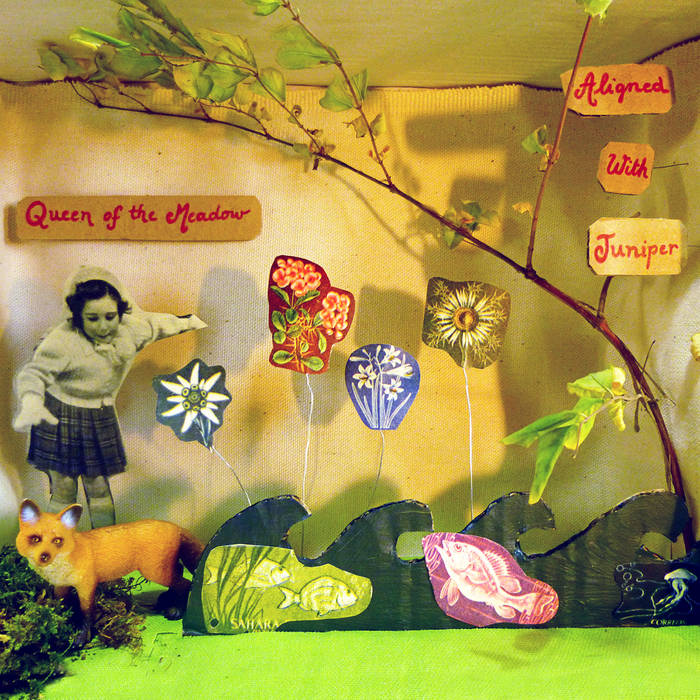 BIO
Helen Ferguson (34 years old, Bordeaux, France) had never touched a guitar nor written a song until she was 27. Her only musical experience consisted of singing in the local church choir. When she finally got a guitar for her birthday, an inevitable urge to write songs came along with it. Parts and pieces from her diary, dealing with several difficult times and events, were used in the lyrics. Every chord she learned from her guitar teacher Julien Pras was immediately used in a new song. Helen’s song book quickly became thicker.

Helen appeared to be a natural talent in creating fragile, timeless folk songs with very personal lyrics. For Aligned With Juniper – under the moniker Queen Of The Meadow – she chose her best songs so far. The intimate arrangements were recorded with a warm and unadorned sound by former guitar teacher (and now spouse) Julien Pras, known from stoner metal band Mars Red Sky (among other bands and projects). He produced the album in their home studio and played half the instruments. Old friend Emily Jane White (Julien and Helen once played in Emily's live band) sang backing vocals on The Bride.

Although it was never her intention to be heard, we are delighted that Aligned With Juniper has not been put on a shelf – with a little lock, next to Helen’s other diaries.

PRESS
OOR: “enchanting acoustic songs”
Caleidoscoop: “an incredible dream debut”
Krenten Uit De Pop: “extremely charming pop songs”
Hifi: “endearing and addictive”
Music Won’t Save You: “Aligned With Juniper is the epitome of immediacy and spontaneity”
Ingeplugd: “the rare flower among all the others in the meadow”
ProgLog Afterglow: “beautiful, frail compositions with fragile vocals”
Rudolfs Music: "a special and intimate album with folk music in its purest form”
Here Comes The Flood: “songs that are both soothing and confident”
Written In Music: “the contradiction in sound, emotion and lyrics makes this album special and versatile” - 4.5/5
Peek-A-Boo: “a strong debut” - 8/10
In De Ban Van: 4/5

To Louve and Willow