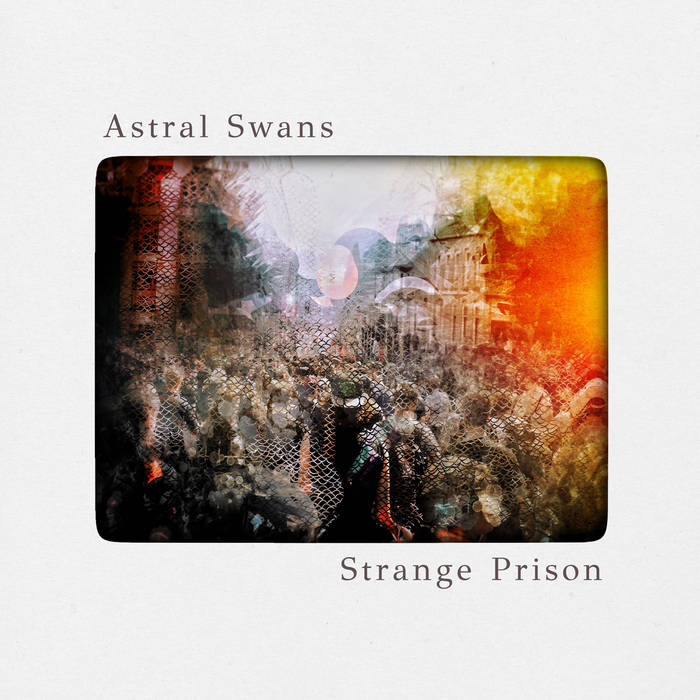 BIO
Astral Swans’ sophomore album Strange Prison is a spellbinding portal into the psyche of acclaimed Calgary songwriter Matthew Swann. As the first artist signed to Arts & Crafts affiliate label Madic Records, his 2015 debut All My Favourite Singers Are Willie Nelson was described by NOISEY as “a stark, beautiful project; one that embraces darkness rather than shying away from it.” Strange Prison (due out May 2018 from Calgary’s Saved By Vinyl, Tokyo’s Moorworks, and Netherlands label Tiny Room Records) continues this philosophical searching with both morbid humour and compassionate character studies. Co-produced with Preoccupations’ Scott Munro, Dan Mangan, and Paul Chirka, recording engineer for the Calgary Philharmonic Orchestra, the result is Swann’s most sonically exploratory and emotionally resonant release to date.

After two years of extensive touring throughout North America, performing at house shows and on festivals stages with Hayden, Feist, Angel Olsen, Colin Stetson, and Chad VanGaalen (producer of Swann’s previous project Extra Happy Ghost!!!), Swann approached the Preoccupations guitarist with a new batch of songs that focused on the nuances of human existence. Packed with swooning strings, shimmering keys, and spectral theremin, with guests such as drummer Dan Gaucher (Destroyer, Sandro Perri), Dillon Whitfield (Reuben and The Dark), Rena Kozak (Child Actress), and electronic artist Tigerwing, each song stands alone as a musical world within universal themes of darkness and light.

“These songs are character studies in the complexity of being human,” Swann explains. “Flaws and vulnerabilities are just one part of us. Our experiences are filtered through the conditions of our personhood; locked into our perceptions, our scenarios, and our knowledge structures, with perhaps only our potential for empathy and imagination as possible windows into each other’s minds.”

Beginning with the troubled dreams of opener “Blow Away”, Strange Prison contrasts subconscious desires with the challenges of our lived experience. The steady groove of “Controls” turns a tale of plane passengers trapped in a death spiral into a metaphor for recurrent familial tragedy. “What Are You Gonna Do With Yourself” is a soothing yet tongue-in-cheek meditation on aging artists’ fears of being left behind, while the martial snares of the title track march boldly into the centre of the mind. The album’s arsonists, prison builders, and Swann himself may be capable of destructive behaviour, but he believes personal growth can only occur from honest admissions of our scariest inclinations. Challenge yourself but don’t give in to the fear. Rip yourself up and start again.

“Despite these songs dealing with hard themes of pain, alienation, and our limitations, the end objective is finding beauty to transcend the shittiness of the world” Swann says. “My music is personal, but it’s based on a fundamental belief that humans have more in common than not.”

PRESS
Proglog Afterglow: “well-thought-out, beautifully arranged music”
The Fire Note: “Matthew Swann’s quirky blend of lo-fi melancholic folk rock stays with you long after the album finishes playing”
Here Comes The Flood: “by using psychedelic electronics and dissonants Swann builds the walls of his own refuge - the proverbial prison serving as a means to get away from the outside world, creating his own universe with its own fair share of monsters”
De Subjectivisten: “a sublime album, on which there is much to experience”
In De Ban Van: “intriguing”
WoNo Magazine: “Astral Swans will draw you into its world and make it a little better along the way”
Keys and Chords: “with Strange Prison he digs even deeper into the complexity of humanity and reveals with psychedelic 60s, 70s and 90s experimental folk”
Krenten Uit De Pop: “the Canadian has delivered a rough diamond that will shine brighter and brighter as time passes”

All songs written by Matthew Swann.

Produced by Scott Munro, Paul Chirka, and Matthew Swann (except tracks 2 and 10 produced by Dan Mangan).

All songs mixed by Paul Chirka at The Department of Creativity and Mischief, except for tracks 2 and 10 mixed by Dan Mangan at National Park Studios.

All vocals and instrumentation by Matthew Swann, except the beautiful contributions from the following collaborators: